Just added to your cart

I have been using a microneedling pen for about six years and I love it. I decided it was time to upgrade my device, so I got a Dr. Pen M8. Used it for the first time last night and I absolutely love it. I feel like it did a much better job than my last pen. Highly recommend! :D

I have not used the Dr. Pen yet but thank you for the extremely good service and fast shipping. I thought I was supposed to get a free Vitamin c serum with my order. Also it there a buffer piece that you all offer? Sone tools have one. Do t know if it’s necessary.

I have the M8 pen (16pins) and have completed 10 sessions over the past year. I’ve noticed a significant improvement in the reduction of pore size, scars and fine lines. I have one very defined crater that I’ve watched lift and flatten significantly. Can’t wait to see it vanish.

I’ve used my M8 on my face, neck, and décolletage with ease. My pen worked exactly as described, worked very well. My only problem was not being able to see and select the depth dials without a microscope. The digital speed screen was bright and easy! Only had one treatment application to date but I am looking forward to seeing great results in my skin after a few more treatments. I am very happy with the quality of my M8 pen. Customer Service was excellent! Thanks for the free gift too!

I've only used my Dr. Pen twice, once for microneedling and again for micronanoing. Super impressed with how easy it to use! I do wish the instructions were more detailed, so those of us that aren't quite tech savvy, would have more instructions. I'm looking forward to seeing what this little guy can do for my face! Here's hoping! My face is so soft, however, really need to find something to help the peel! Ha

The thinner needles create micro channels with less trauma. The down time is much less than the old fashioned rollers and other derma needle pen brands. I’m so glad I found these. I only wish they had a body cartridge with these ultra sharp, thin needles. For now, I’m using this one for face and body. Thank you for a great and affordable product!

I am very happy with my doctor pen. I have used it only once so far and starting out once every month. Couldn’t be happier!!

Customer service was exceptional, helping me select the perfect product and explaining its proper application for my intended use.

The product itself is top-notch and feels very heavy-duty (has a metal casing). I've been using the derma rollers, but this has been a huge improvement. I was planning on only using it for hair regrowth, but because of how easy and effective it is, I've expanded to using it on scars and wrinkles.

Thank you for the help! The customer service alone was worth the expense.

This is a great microneedling pen for a number of reasons: 1) you can charge it and use it cordless; 2) the needle cartridges stay securely in place; and 3) you can adjust up 3mm. The fact that I can do this at home and not spend hundreds (or thousands) at the Dermatologist’s office, is a no brainer for me. I will say that the packaging/container the pen, cartridges, and charging cord come in is not great; I’m planning to buy something else to store them in. Overall, I’m satisfied with my purchase and highly recommend it.

This is my first time using Dr.Pen. It was delivered in perfect condition, easy to use and you can see changes witching days.

I only received the pen 2 days ago, but tried it with the nano needles and so far it feels pretty comparable to the Microneedling I've had done in the spas. I took it pretty easy for a first try, but get the impression if used judiciously with alcohol to clean and hyloronic acid as directed every 6 weeks or so, the results will be good which will save me money for other treatments I want at the spa. Overall I think its a great investment if you kinda know what you're doing from previous treatments.

I started derma rolling 11 years ago. I started with short needle rollers (.25), and worked my way to up to longer needles (1 - 1.5) . The shedding/peeling from those lasted a full week. I graduated to a derminator. That one had less shedding, but the bruising was so bad that I couldn’t go out in public for 4 days. I was never able to figure out if it was caused by dull needles or by how forceful the action of the machine was. For the last few years, I have been too busy to have 4 days of down time. I was only able to fit it in once or twice a year because I never had four days without seeing people. I’d heard that the pro models used in doctors offices have very little down time, but didn’t want to spend the money. Also, the derma rollers and derminator were so painful, I HAD to numb my face for an hour with Emla before I could needle my face. Nothing else worked, and Emla isn’t easy to find. 2 months ago, I read that the A6S had thinner needles, making it less painful, so I decided to try it. I tried it without numbing at a .3 on my face, and a .5 on my arms. It was a little bit of a sting, but very doable. I was so excited that I could needle with short needles without numbing. Then, I noticed that the dot, that I had based my needle length on, was a tiny screw. I found the arrow that I should have used, and discovered that I had just needled my face at a .8, and my arms at a 1. I was in shock. The pain level was so much better, I would never need to numb. The next morning, I woke up with only a few pinhead bruises that I could easily cover with makeup. It was, literally, no down time. I already know from experience that dermaneedling works wonders. Now I can do it without any downtime. I can’t wait to see how much better my skin looks after 6 treatments.

I used my Dr. Pen Micro needle yesterday for the first time. I did my face, neck, and chest. I wanted to start on .25 and see how that worked. I was quite impressed with it on this level of .25. I achieved quite a bit of redness like a pretty intense sunburn. It was painless as I used lidocaine cream before hand. Today the redness has gone down significantly as I used aloe Vera after. I have cleansed my face with cetaphil as well. My skin feels super soft and I am looking forward to seeing the results from yesterday’s treatment in the weeks to come. 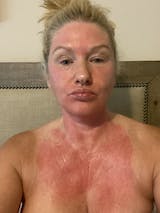 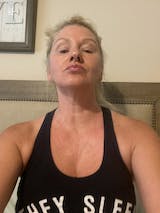 I have still NOT received my order??

B
10 x 36 Pin Replacement Cartridges for A6 Ultima Brianna
Love these!!!

The Dr Pen A6 Ultima is perfect for the freelancing esthetician or brick and mortar business. The 36 pin cartridges work wonders for collagen production! After the treatment, the difference in my client’s skin is unbelievable. If your client has sensitive skin, get the 9 or 12 pin cartridges.

Dr. Pen delivers on quality, and superior service. My device is perfect, and the pins are always severed to my home a week early.

Best deal on the internet.

Very precise and excellent tool. I am satisfied and will purchase again.

My results are amazing, smooth refreshed skin! Only had discomfort for a day, this is day 2 and my skin feels fine. Highly recommend

It arrived fast and i used it the very first day it arrived! I already feel such a difference

I used it for the first time last night and it worked well! It seem to be comparable to the professional treatments I had received.

Schedule a call-back at a convienient time with our Beauty Advisor.

From our in-house Beauty Advisor to the warehouse staff that package your order with love and care, we are invested in your results. We are here to help you and be a part of your skin journey.